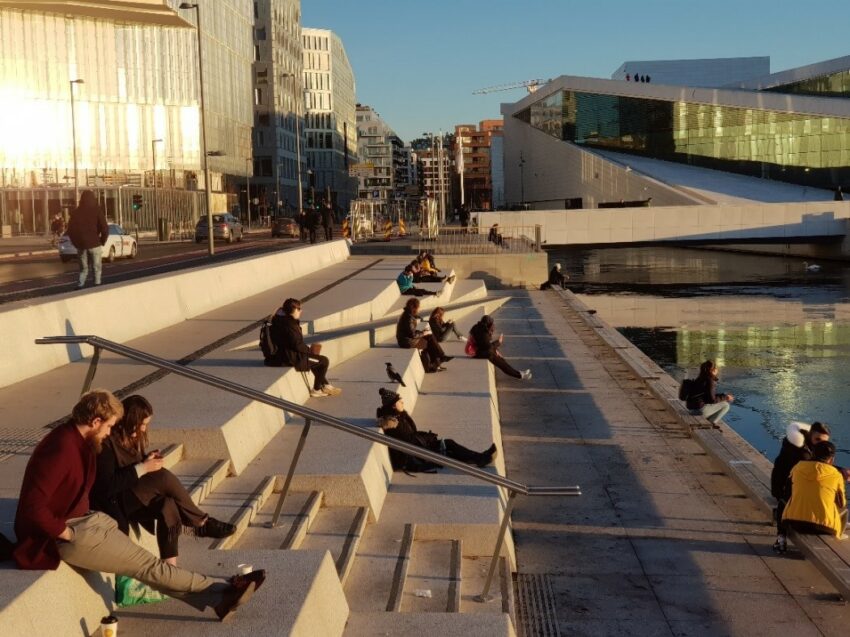 Bjørvika is a waterfront district in Oslo, undergoing redevelopment as part of the long-term transformation of the area as part of the Fjord city project, implemented by the municipality since 2008. The area’s public spaces and physical infrastructure are being developed by the company Bjørvika Infrastruktur (Bjørvika Infrastructure limited) and will ultimately be handed over free of charge to the municipality of Oslo, which will become the property owner and takes on the responsibility of maintenance. The quality of the public spaces is secured through a combination of various formal and informal tools that have built on the long-term vision starting as early as 1982.

The area development of Bjørvika was initiated by the municipality of Oslo in collaboration with state agencies and the national government. It is governed as a collaboration between the Oslo city council, the planning authorities, and Bjørvika Utvikling, which is owned by the private-public companies HAV Eiendom AS, Oslo S Utvikling AS and Entra ASA, alongside the private company Linstow AS.

The quality of the public spaces delivered in Bjørvika are the result of a combination of different tools and practices, using a networked governance model that has provided a holistic approach to place development and the financial security necessary to produce quality urban design. Bjørvika Infrastruktur develops the public spaces and technical infrastructure on behalf of the property owners, namely the private-public companies HAV Eiendom, Oslo S Utvikling AS and Entra ASA and the private company Linstow AS, that own the parent company of Bjørvika Infrastruktur, Bjørvika Utvikling AS (Bjørvika Development limited). The agreement between the public shareowners established that Bjørvika Infrastruktur would finance and develop the physical infrastructure, whereas Oslo municipality is responsible for the social infrastructure. A clause in the agreement stipulates that each square metre of sold property should yield a certain sum towards the development of public space. A further clause prescribes that HAV Eiendom should provide a loan to Bjørvika Infrastruktur and that the public landowners can then develop housing and office buildings. This means that the municipality of Oslo does not take on any direct financial risk.

Second, the regulation plan of Bjørvika that has been adopted by the Oslo city council as a legal framework for its development and construction, encompasses a range of non-juridical guidance tools that include a cultural programme, a design handbook and an overarching environmental programme; thus, providing for the area’s spatial cohesion, as well as for aesthetic, cultural and environmental quality. These offer extensive guidelines and a set of indicators, allowing the developers and architects to interpret these principles and incorporate them in their projects. Moreover, they secure democratic public space provides accessibility to this otherwise exclusive area of high-cost housing and offices.

Finally, planning authorities have utilised various tools to help inspire the urban developers and to help ensure enhanced outcomes. Such tools include, for example, scenario building, debates and concept competitions that inform stakeholders about urban design quality and its value to the built environment.

The quality public spaces delivered in Bjørvika are a successful example of a deliberate combination of different formal and informal tools—making a case for the networked governance model—alongside a variety of guidance and analytical tools. It further highlights the importance of vision building and cultural programming that provide the framework within which project stakeholders are able to build essential competencies for delivering holistic quality design outcomes. 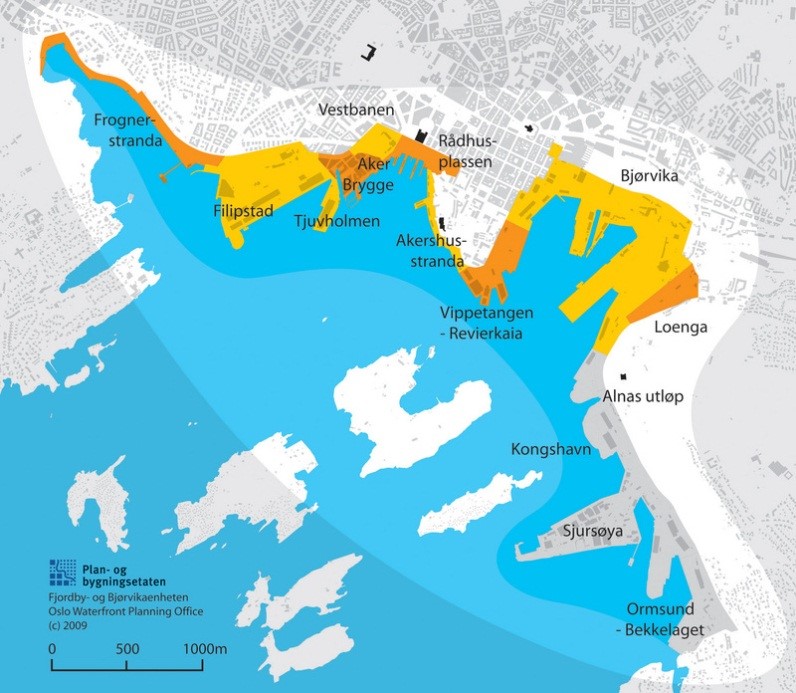 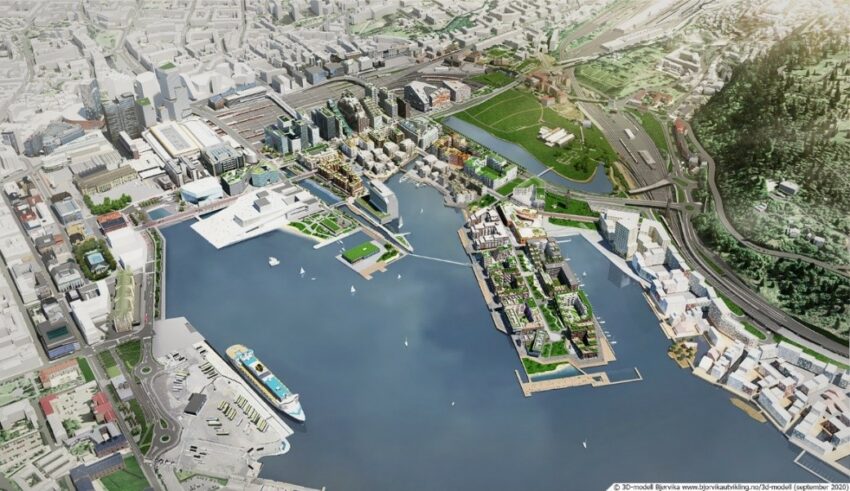 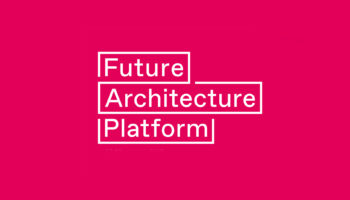 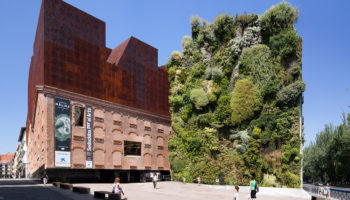