Digital modelling of the city

The City of Zurich is using digital modelling to serve the interests of the city in two ways; to facilitate construction projects, but also to be used as a tool for the exploration of particular urban themes and the evolution of the more formal tools of building and zoning regulation. A detailed 3D model of the city is available for download, offering a comprehensive basis for project visualisations as well as for analysis and simulations (visibility, shadow calculations etc.). At the same time, an online version of the 3D model is being used specifically to explore the impact of high-rise buildings and which serves as the basis for a two-stage procedure aimed at updating the relevant guidelines and bringing together the local authority and external planning teams.

The 3D model was developed by the Geomatics & Surveying Department of the City of Zurich. The high-rise test plan involves the city’s Building Department (whose remit includes town planning) and the Office for Urban Development (STEZ), an interdisciplinary centre under the authority of the Presidential Department with cross-sectional functions.

As a basis for updating the guidelines for high-rise building and a coordinated adaptation of the construction and zoning regulations, the Office for Urban Development is carrying out a two-stage test plan utilising a selective procedure with the external planning teams. In May 2019, the Building Department announced a study procedure for reviewing and updating the guidelines for skyscrapers and other high-rises. Interdisciplinary joint working groups would be invited to apply. In the first stage, eight selected teams will develop ideas, concepts, and theses for future skyscraper development in the City of Zurich. In the second stage, 1 to 3 working groups will deepen and concretise the proposed ideas. This study process will ultimately be completed in the summer of 2020. The definition of the new guidelines and the adaptation of the high-rise areas in the Building and Zoning Code (BZO) will take place following the completion of the study process. The process is aided by an interactive web application (Hochhäuser Zurich), developed on the basis of a similar previous tool used by Manhattan and available as open-source code.

Visual communication is a decisive factor for the efficient handling of important construction projects. 3D city modelling offers ideal conditions for the simulation of planned construction projects, with the three-dimensional data also forming the basis for various analyses and calculations such as visibility, noise propagation and solar potential analyses, shadow calculations, flood simulations, etc. Similar 3D models in Bern and Basel have proven that they enable better communication in the development of the projects, facilitate the primary survey, and help estimate its impact on building height/land occupation/ scale/relation to context/etc.
Beyond their use as an aid to development, however, the City of Zurich is taking advantage of 3D modelling to aid its own processes. The ability to model scenarios and trends allows for better control over urbanisation processes and for a more effective improvement of building and zoning codes. 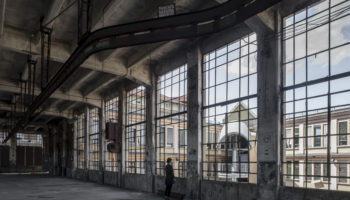 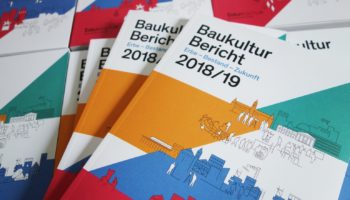